Memoirs of a Born Free who is not free

Memoirs of a Born Free who is not free

Bayanda Mzoneli is a public servant. He writes in his personal capacity.

A few weeks back, Zama suggested that I get her Memoirs of a Born Free for her birthday which is on the 2nd or 3rd of August (I forget birthdays). I try, as far as possible, to make sure that the books I give as gifts are books I have read. Her request meant that the procrastination was over. I had to read the book.

I bought two copies at OR Tambo Airport on my way to Cape Town on Monday night. It was an opportune moment given the two-hour flight which always feel like 12 hours. It was also a chance to test my reading speed by seeing how far can I read before getting off the flight in Cape Town.

I had previously shopped for the book at Menlyn Exclusive Books, twice, without success because they were out of stock. I eventually opted to buy the Kindle version at Amazon on my iPad. But I just had not found time to do it (procrastination).

Memoirs of a Born Free is essentially an autobiography of a 22 year old Malaika Mahlatsi. She presents her life story in a form of an open letter to the ruling party, the ANC. 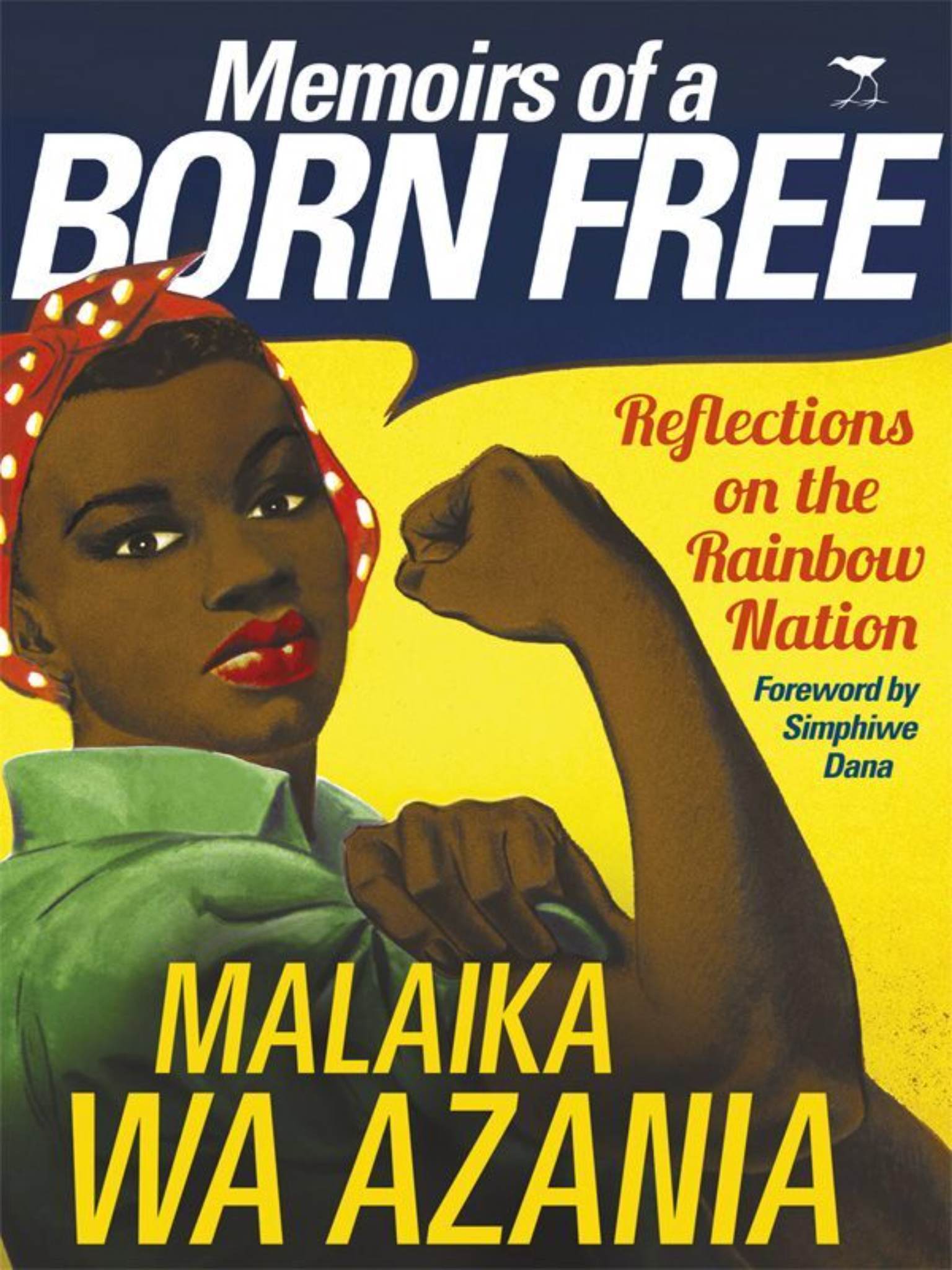 While Mark Gevisser said Mbeki’s dream was deferred, Malaika berates the ANC for what she perceives as an unfulfilled promise of freedom, particularly for the black majority.

The promise of freedom that the liberation movement, led by the ANC, fought for was about ending centuries of black suffering. But blacks continue to suffer.

She bravely narrates her story of adversity in spite of being a “born free.” The adversity which, had the promise of freedom been fulfilled, should not have visited her and her family. Her story represents what she characterises as the “misfortune of being born into the black condition” which prevails among the black majority in townships and rural areas.

Malaika strips naked. She opens the closets. And stops short of hanging the dirty laundry, but promises to hang it one day when she is “ready.” This somewhat scared me as I thought what she shared is already bad enough.

She presents her distressful hardships in a way that invokes sympathy. She lays bare what could ordinarily be regarded as personal and family secrets. It is a revelation that should leave her exposed, defeated and vulnerable. But, instead, there is a whisper, “I made it through” that persists throughout the book.

As I read the book, I kept hoping I will get to the part where things get better and she thanks the ANC. Instead, in the later part of the book, she berates the EFF too, mostly, for its leadership weaknesses.

Malaika was born into the ANC. She believes/d in the PAC. She has been with the SNI/Blackwash, SASCO, EFF and other NGOs. She participates/d in some of the continental bodies. In any ideological thought she chooses or activity she participates in, she dives in, head first and immerses her whole. Only time will tell what the cocktail of the accumulation of these related ideologies will produce.

One of the messages, I took as an ANC member, is that she, and millions other black people, is saying not yet uhuru. Rather than to rush into lengthy explanations on why the ANC is unable to do this or that to liberate the black majority from suffering, the ANC needs to work harder and faster to reverse the effects colonialism of a special type.

Each person will take away their own message from it. I will only caution, even though I have not asked her, against taking despair. While she is brutally honest about her, and the black, suffering, her missive to the ANC is more a call to action than a throw of the towel.

Memoirs of a Born Free is a brilliantly written thriller. It represents the hardships many black people have been through and even more blacks continue to endure. It exposes the embarrassing hardships that are often a subject of gossip which are whispered in hush tones. But in the book they are bravely, and daringly, exposed by the protagonist.

I managed to read half of the book in the two hour flight to Cape Town and the read the other half on the return flight. However, I had to finish the last 4 pages at the parking in the car, before driving off.

Malaika is only 22 years old. It has been a short, though eventful, life. She is still young. She does not hesitate to tread even in the “valley of the shadow of death” be it out of necessity or out of naivety. A sequel to Memoirs of a Born is inevitable. I can’t wait to read it.

Her story will be an inspiration to many people, young and old, that no matter the difficulties, life goes on.