How to boil a frog?

How to boil a frog?

Bayanda Mzoneli is a public servant. He writes in his personal capacity.

All the information below is publicly available and therefore does not breach discussing internal matters outside the organisation. To further avoid the risk of bringing the organisation into disrepute, this will be mostly IEC data.

IEC data was sourced from what was available (missing 1994 and 1996 data) plus up to 91% for 2016 elections as the results have not be officially announced. But this is more about the systemic trend than the individual election results.

Some people have been surprised and others disappointed by the ANC performance particularly in Gauteng and the Nelson Mandela Bay Metro Municipality in the 2016 Local Government Elections. However, if you have been following data and evidence, it appears that such should have been expected. 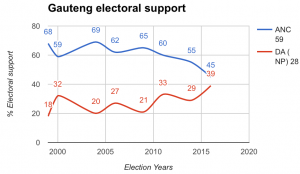 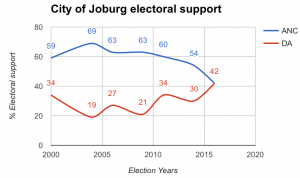 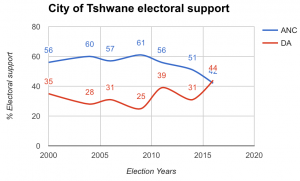 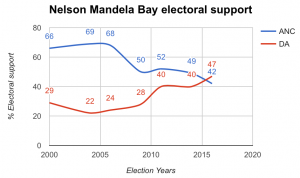 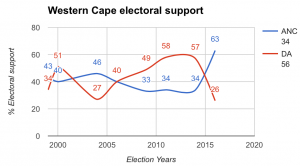 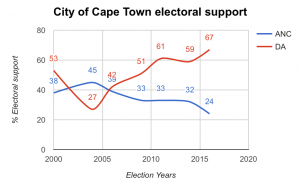 Is anything going to change within the next 3 years to avoid losing Gauteng? The jury is out. I might give my view on that but I need to check whether it does not breach the ANC Constitution.